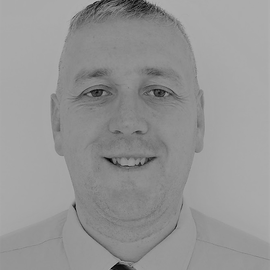 I earned my PhD in Political Science from the University of Iowa with major fields in International Relations and Comparative Politics and a minor field in Political Methodology in 2013. I research the foreign policy of arms with a focus on their role in shaping the relations between states. Before entering graduate school I was an enlisted soldier in the Utah Army National Guard. I was a Russian linguist and counterintelligence agent and served two combat tours in Iraq (2003-04 and 2007-08). I completed my enlisted service after 9 years and held the rank of Staff Sergeant.

I earned a Master in Stratgic Intelligence degree while working full-time as a translator for the Researve Language Support Project (RLSP) through the US Army. I was born in the small town of Ephraim, Utah and graduated from Payson High School in Payson, Utah in 1997. I was a missionary for the Church of Jesus Christ of Latter-Day Saints in Ukraine from 1998-2000. During my service in Ukraine I lived primarily in the Donbas (Donetsk and Gorlovka) but also spent 7 months living in Zaporozhye. This experience, along with my experiences in the military have had a profound influence on the way I see the world and in my interests in political science.